The History of Alessandro Bonci 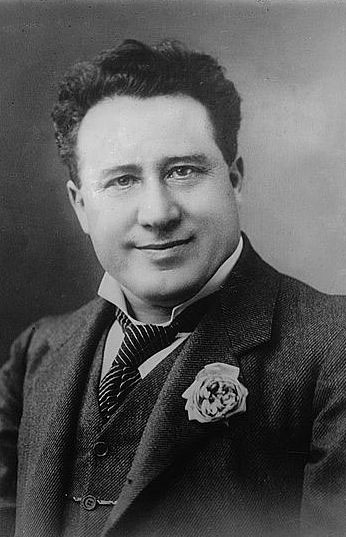 Alessandro Bonci was an Italian lyric tenor known for his association with the bel canto repertoire.

A native of Cesena, Romagna, Bonci started out as an apprentice shoemaker. Luckily he secured a music scholarship to the Rossini Conservatory in Pesaro, working for five years with Carlo Pedrotti and Felice Coen. He also had private singing lessons in Paris with the retired baritone Enrico Delle Sedie.

Bonci made his debut in Parma in 1896, singing the role of Fenton in Giuseppe Verdi’s Falstaff at the Teatro Regio. Such was his success that before the end of his first season he was engaged to sing at La Scala, Milan, where he debuted in Vincenzo Bellini’s I Puritani. Appearances elsewhere in Europe followed, including at London’s Royal Opera House, Covent Garden. He first sang at Covent Garden in 1900 and he would return there in 1903 and 1907-08.

On December 3, 1906, Bonci made his American debut with the Manhattan Opera Company in New York City; again the opera was I Puritani. He stayed two seasons with the company, becoming a popular competitor to Enrico Caruso, who was the rival Metropolitan Opera’s major drawcard. Bonci himself joined the Metropolitan Opera in 1908 and, in 1914, the Chicago Opera. He also made a transcontinental tour of America in 1910-11, giving song recitals.

Bonci served in the Italian army during World War I, returning to America to tour for three seasons after the end of the conflict. He appeared again at the Metropolitan Opera, and sang in Chicago during the 1920-21 season. In 1922 and 1923 he served as the principal tenor of the Teatro Costanzi in Rome and conducted master classes across the United States the following year. After 1925, Bonci entered into partial retirement, devoting himself primarily to teaching in Milan. He still sang occasionally in public as late as 1935, however, and died in Viserba, Rimini, in 1940, at the age of 70.

Bonci’s voice was captured on disc by the Fonotipia, Edison and Columbia companies. His first records were made in 1905 and his last in 1926. On them, he is heard to best advantage in operatic arias by Bellini, Rossini, Donizetti and Gluck, but he was also renowned for his Rodolfo in Puccini’s La boheme, his Riccardo in Verdi’s Un ballo in maschera and his Duke of Mantua in Verdi’s Rigoletto. Bonci was a small man and his voice was not overly large, either; but it was sweet-toned, stylish and supple, with excellent high notes.