The History of Sergei Lemeshev 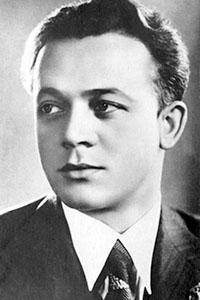 Sergey Jakovlevich Lemeshev was born on the 10th of July (June 27 by the old style) 1902 in the village of Old Knyazevo of the Tver province. He grew up in a peasant family.

Among people who had a big influence on him as a boy were his schoolteacher Ekaterina Mihajlovna Prilutskaja and the family of Kvashnins – Nikolay Aleksandrovich and his wife Evgenia Nikolaevna. It was the latter that gave the young talent first singing lessons. The meeting with a well-known musician Nikolay Mihajlovich Sidelnikov from Tver town became a turning point in Lemeshev’s life.

Sidelnikov taught him singing and arranged Lemeshev’s first public performance. S.J. Lemeshev writes in his autobiographical book “Way to Art ”: “ I made up my mind to win recognition in the town. On a frosty December morning of 1919 I started for Tver… I already knew from newspapers addresses of all clubs and theatres and, certainly, directed my steps to the central club of the 3rd International which was located on the main street in a building of the former Nobiliary Assembly… ”

Lemeshev The Tver period in S.J. Lemeshev’s life is connected with studies at the provincial school for the Soviet and Communist party work (February-March, 1920) and in the 1st state music school. By the petition of the provincial arts section Lemeshev becomes the student of the Moscow conservatory in autumn of 1921. During the last training year in the conservatory Lemeshev starts working in the Opera studio under the direction of K.S.Stanislavsky.

Lemeshev worked on his famous part of Lensky in the opera “Evgeniy Onegin” under the guidance of Stanislavsky. In 1925 he graduated from the conservatory. Then he made his debut at Sverdlovsk Opera and Ballet Theatre, performed in the Russian opera in Chinese Harbin and at the Tbilisi Opera and Ballet theatre.

In 1931 S.J. Lemeshev became the soloist of the Bolshoi Theatre of the USSR. His lyrical tenor of an unusually soft and light timbre almost at once brought him love and popularity of opera art admirers. Nevertheless, Lemeshev was a great worker and worked hard to elaborate each of his opera parties.
And there were a great number of them: Lensky in Evgenie Onegin, Tzar Berendey in Snow Maiden, the Astrologer in The Golden Cockerel, the Indian visitor in Sadko, Vladimir Igorevich in Prince Igor, Boyan in Ruslan and Lyudmila, Duke in Rigoletto, Alfred in Traviata, Almaviva in The Barber of Seville, etc. Sergey Jakovlevich Lemeshev was also an unsurpassed chamber singer and sang all Tchaikovsky’s romances from the five concerts cycle in 1939.

Many times he visited his native place and gave concerts there.

In 1950 he becomes the national actor of the USSR.