The History of Edmond Clément 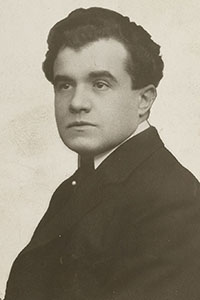 Clément was a French lyric tenor who earned an international reputation due to the polished artistry of his singing.

Clément studied at the Conservatoire de Paris with Victor Warot, and made his stage debut at the Opéra-Comique in 1889, as Vincent in Mireille. He remained first tenor at that theatre until 1909, appearing as Ottavio, Tamino, Almaviva, Georges Brown, Fra Diavolo, Gérald, des Grieux, Werther and Hoffmann, among other roles.

He also took part in the first performances of Le juif polonais by Camille Erlanger and Hélène by Camille Saint-Saëns, and sang in the Parisian premieres of Falstaff and Madama Butterfly.

His career was not confined to Paris, however. He also sang in Brussels, Monte Carlo, Madrid and London, although he never appeared at the Royal Opera House, Covent Garden. The United States beckoned, and he joined the stellar roster of singers at the Metropolitan Opera in New York, where he performed in 1909-1910. Competition from the resplendent tenor voice of Enrico Caruso overwhelmed him, however, and he was not re-engaged by the Met’s management.
He then sang in Boston from 1911 to 1913. Audiences at the Boston Opera House admired him for his stylish vocalism, exemplary diction and elegant stage presence. Indeed, he came to be considered one of the leading Roméos and Don Josés of his time, even though his voice, while appealing in tone, was not remarkable for its size or range.

He returned to his homeland when the First World War erupted in 1914 and was wounded while serving with the French army. America heard him again during the early 1920s when he travelled across the Atlantic for concert and recital appearances. His last years were spent in semi-retirement in France. He gave his last recital at the age of 60 in 1927 and died the following year in Nice.

His voice lives on in the form of recordings which he made in France and the United States for the Odeon, Victor and Pathe companies. These recordings, which have been reissued on CD, consist mainly of operatic arias from his core repertoire. They open a window on to a vanished world of refined French vocal style.