The History of Francisco Araiza 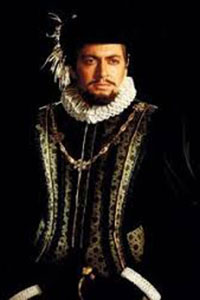 José Francisco is a tenor who has sung as soloist in leading concert halls and in leading tenor operatic roles in the major opera houses of Europe and North America during the course of a lengthy career.
Born in Mexico City, he studied singing at the Conservatorio Nacional de Música de México and later in Germany, with Mozartian tenor Richard Holm, and lieder interpretation with Erik Werba.

He made his operatic debut in 1970 in Mexico City as First Prisoner in Beethoven’s Fidelio. Araiza initially came to international prominence singing in Mozart and Rossini operas, but in the 1980s broadened his repertoire to include Italian and French lyric tenor roles and Wagnerian roles such as Lohengrin and Walther von Stolzing. He was made a Kammersänger of the Vienna State Opera in 1988.

Now retired from the opera stage, he teaches singing and serves on the juries of several international singing competitions.