The History of Luca Canonici 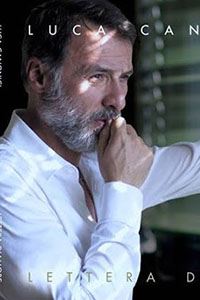 Since 2008, he has been Artistic Director of Opera Festival, a cultural association created in 1997 which organizes classical music events, shows and festivals in Florence and Tuscany. During his tenure as Artistic Director, he has worked with the Orchestra del Maggio Musicale Fiorentino, the Tuscany Regional Orchestra and with the Tuscan Sun Festival, organizing concerts, recitals and new productions of The Barber of Seville, Aida, Die Zauberflöte, La traviata, La bohème, Gianni Schicchi, Don Giovanni, Carmina Burana, Verdi Requiem, and Ravel’s Bolero.

An art lover with long experience in the antiques trade, he has worked as an expert with private television stations, creating and presenting programs devoted to art. In 2010 he was appointed Director of the Museum of Sacred Art in Montevarchi, his native city.That same year he took part in the 60th Sanremo Music Festival where he won second place. After his success at Sanremo, which sparked a new career in crossover and pop music, he recorded the pop album Italia, amore mio