The History of Franz Völker 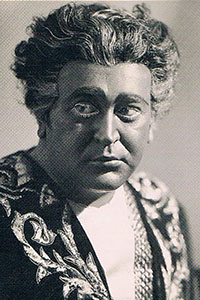 He was discovered by the conductor Clemens Krauss and he studied singing at Frankfurt, where he made his début as Florestan in Beethoven’s Fidelio in 1926.

Engagements followed in Vienna, Munich, Berlin and London, where he appeared at the Royal Opera House, Covent Garden, in 1934 and 1937. He also performed often at the Salzburg Festival and the Bayreuth Festival to considerable public and critical acclaim.

Roles that he sang during this period, in addition to Fidelio, included Parsifal, Lohengrin, Siegmund in Wagner’s Die Walküre and Max in Weber’s Der Freischütz. Later in his career he sang Verdi’s Otello. He taught singing in Stuttgart after retiring from the stage in the 1950s.

He made many recordings of operatic arias, duets and scenes. These recordings are now available on CD. They capture the warmth and sensitivity of his singing during its prime and confirm his reputation as one of the finest Germanic tenors of the 20th century.