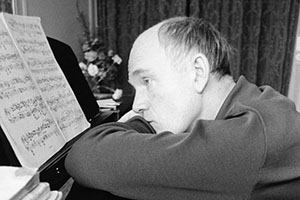 Born in Wayne, Pennsylvania, on May 12, 1910, he studied voice, piano and composition at the Curtis Institute of Music, from which he received an honorary doctorate in 1977.

In 1948-49, he served as the army’s liaison officer with the Austrian government. He left the army and entered the Foreign Service in 1950, serving as an intelligence officer in Munich, Bern and Bonn. In 1964, he retired from the Foreign Service and settled in London with his wife, Virginia Pleasants, the harpsichordist and fortepianist.

From 1945 to 1955, Mr. Pleasants contributed articles on European musical events to The New York Times. After retirement he wrote regularly for Opera Quarterly, was London editor for the magazine Stereo Review, and for 30 years, beginning in 1967, he was the London music critic for the International Herald Tribune.

Mr. Pleasants did his intelligence work during the cold war, when espionage and intrigue abounded in Germany. For some months, according to “The Invisible Government,” he lived with Reinhard Gehlen, a former Nazi general who was being considered as a top intelligence official for West Germany, to evaluate his suitability. The Gehlen Organization, which the former general led, became the forerunner of the postwar West German Federal Intelligence Service.

About the same time, Mr. Pleasants was also writing Death of a Music? and Serious Music and All That Jazz about contemporary music. His books about voice were The Great Singers: From the Dawn of Opera to Our Own Time, a 1966 survey that has become a standard reference work, The Great American Popular Singers and Opera in Crisis.

He was perhaps best known for his 1955 book The Agony of Modern Music, a polemical attack on the direction taken by much of 20th-century serious music, and an argument in favor of jazz and other vernacular styles as the true music of the time, both as entertainment and as art. This book caused considerable controversy with its attacks on all contemporary music except jazz. “Serious music is a dead art,” he began. “The vein which for 300 years offered a seemingly inexhaustible yield of beautiful music has run out. What we know as modern music is the noise made by deluded speculators picking through its slag pile.” He developed this theme in other books, Death of a Music?: The Decline of the European Tradition and the Rise of Jazz (1961) and Serious Music — and All That Jazz! (1969).

Henry Pleasants’ first and major enthusiasm, however, was the human voice. His The Great Singers (1966) became a standard reference work. Other books on singers and singing were The Great American Popular Singers, Opera in Crisis (the growing importance of willful stage directors) and The Great Tenor Tragedy: The Last Days of Adolphe Nourrit, about the 19th-century French singer who took his own life after his vocal style became outmoded. His article, “Elvis Presley,” reprinted in Simon Frith, ed., Popular Music: Critical Concepts in Media and Cultural Studies. Volume 3: Popular Music Analysis (Routledge, 2004), describes in detail Elvis Presley’s “extraordinary compass and very wide range of vocal color.” 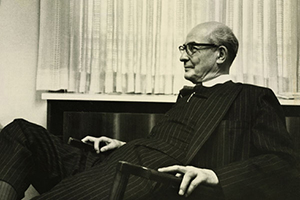